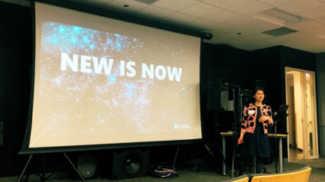 Thinking back to the popular food product labels in the last two decades of the 1900s and the first few years of the 2000s, you are likely to recall the words, low fat, low calorie, low carbs. Then as the 21st century picked up speed, you found that organic became popular and locally grown or farm to table were phrases on many restaurants’ descriptions.

So, the question for the folks in the food industry is what are consumers looking for now and into the next few years.

At “Taste the Trends,” a recent Chicagoland Food and Beverage event at the new space of Kitchen United River North, speakers offered their thoughts and chefs came up with their take on what they are serving now.

She noted that among other phrases, new used to be California and farm-to-table. The words she used to characterize what’s big now are “experiences” and “ethnic.”

Looking at the growth of some foods and flavors she noted that the majority of consumers were not ready to give up or cut back much on meat but that plant-based protein was gaining traction.

Looking at what became big about 2012 and is still growing in popularity, Arana mentioned super foods, protein, antioxidants, jalapeno, cilantro and pork belly.

She added that currently kale, grass-fed beef, poke bowls and dishes using turmeric are seen more on menus and expected to continue that trend into the 2020s.

It will be interesting to see what producers will be bringing and demonstrating at the National Restaurant Show in Chicago in mid-May. 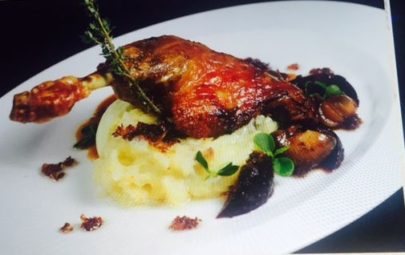