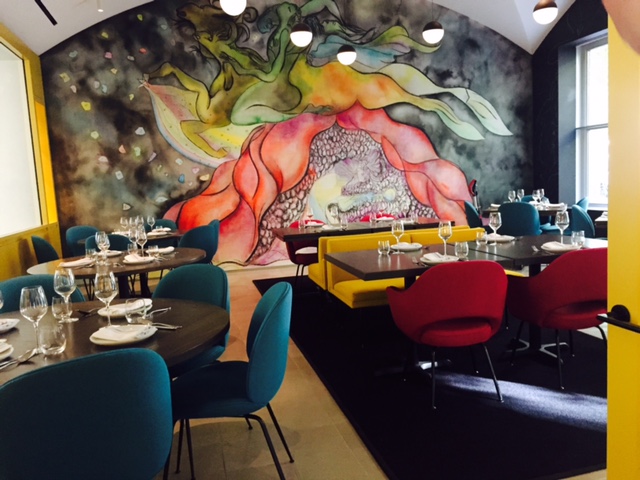 When nominees for the prestigious James Beard Awards were recently announced in Philadelphia, Marisol Chef de Cuisine Sarah Rinkavage was among five people nominated in the 2018 Rising Star category. The Awards announcement said it was for “a chef age 30 or younger who displays an impressive talent and who is likely to make a significant impact on the industry in years to come.” Rinkavage, 30, came to Marisol with Lula Café Head Chef Jason Hammel where she was chef de cuisine when Marisol opened as the Museum of Contemporary Art’s new restaurant in 2017. The restaurant name honors French-Venezuelan sculptor Maria Sol Escobar who was among the first to donate works to the museum.

Dining out-Eating in conducted a brief e-mail interview with Rinkavege about the award and her goals.

D-E:  What was your reaction when you heard you were a finalist for Rising Star Chef of the year?

SR: I was shocked. I was so happy just to make the semifinalist list, and I thought getting to be a finalist would be amazing, but with such a talented group across the country, I wasn’t sure I’d get there. I’m still a bit stunned, This is such a huge acknowledgment for me, that I never expected to get.

D-E:  Does being nominated as a James Beard rising chef influence what you are doing and your goals for the future?

SR: I think it is pushing me to work even harder. Now with so much spotlight from this nomination, I want to really focus and make sure we as a team here are putting out amazing food and great service.

I think this signifies the end of a chapter for me. Ten years of hard work, from the bottom to the top. It was all worth it. I feel that opening Marisol and being the Chef here is the grand finale. I have some goals to accomplish here yet before I move on to the next chapter of my life. But this nomination definitely gives me a lot of confidence to go after these goals.

D-E:  What do you bring to Marisol for the MCA patrons and the neighborhood?

SR:  I think I bring to the MCA patrons and the neighborhood a menu and dining experience that is clean and approachable yet creative. I like to think that the Museum influences my practice quite a bit. Modern Art to me gives the viewer a lot of room for interpretation.

I use that as a way to think about our menu and match that with the setting of the museum. We give the customer simple descriptions on the menu and try to be very simplistic in our approach with ingredients and plating. I want customers to be comfortable when they get their food, but also understand that there is so much thought going into it.

I feel customers can interpret that any way they wish. Something so simple like hummus and crackers is approachable and clear to look at, but when you taste it and think about it your mind can go in so many directions.

Winners of the restaurant and other awards except for Media, will be named May 7, 2018 during the James Beard Awards Gala at the Lyric Opera of Chicago. (The public is invited). MediaAwards are announced earlier, April 27, 2018,in New York City. For more information viisit James Beard Awards. jamesbeard.org/awards. 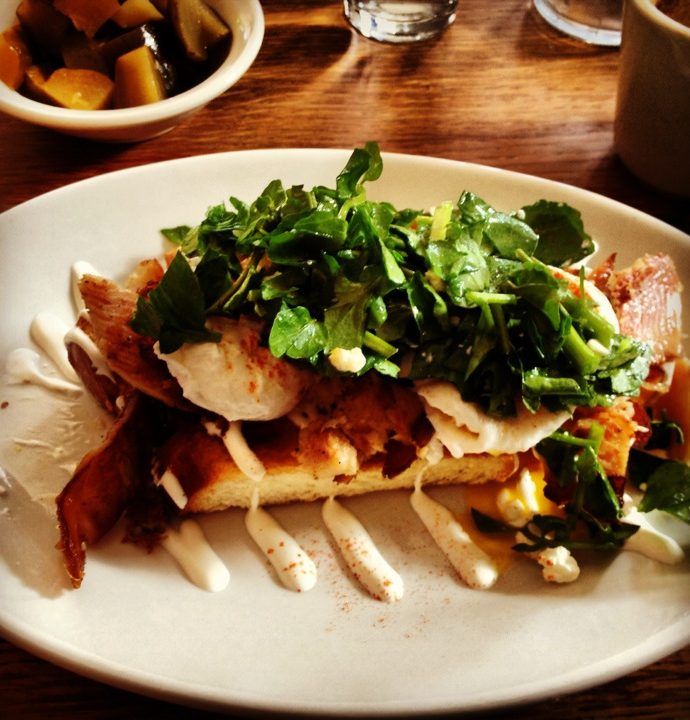